Romina received her Bachelors of Fine Arts with a concentration in Sculpting at the National University of Rosario.

In 2015 she received her Second Acquisition Prize at the Itaú Cultural Awards for Visual Arts of 2014/2015, Buenos Aires. She has been selected to form part of the Federal Formation Program for Novel Artists (Cordoba) where she will be in charge of the Federal Colectivo Coleccionismo (2015-2016) and the Un Día Museo Castagnino+macro Program. In 2014 she was selected for the MANTA art Residency at San Martin de los Andes, Neuquen. In 2013, she was distinguished with a scholarship for the Workshop in analysis and continuation of practice and theory production in the visual arts headed by Rodrigo Alonso (National Funds for the Arts). She was selected to exhibit her work in the International Art and Technology 404 Festival, in the University Cultural Space of Rosario, Santa Fe and the Ikas Art Biennial – III International Exhibition of University Art in Bilbao, Spain. 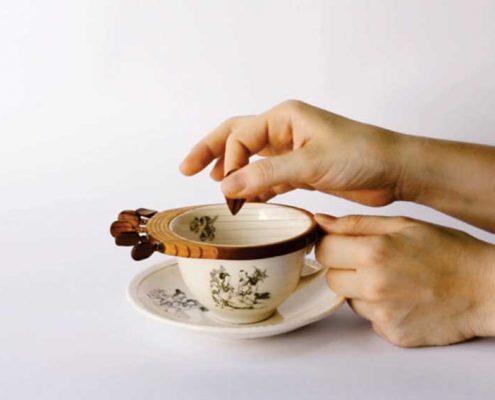 Piezas Microtonales is a series of videos of that capture the manipulation of sound objects constructed in the fram ...