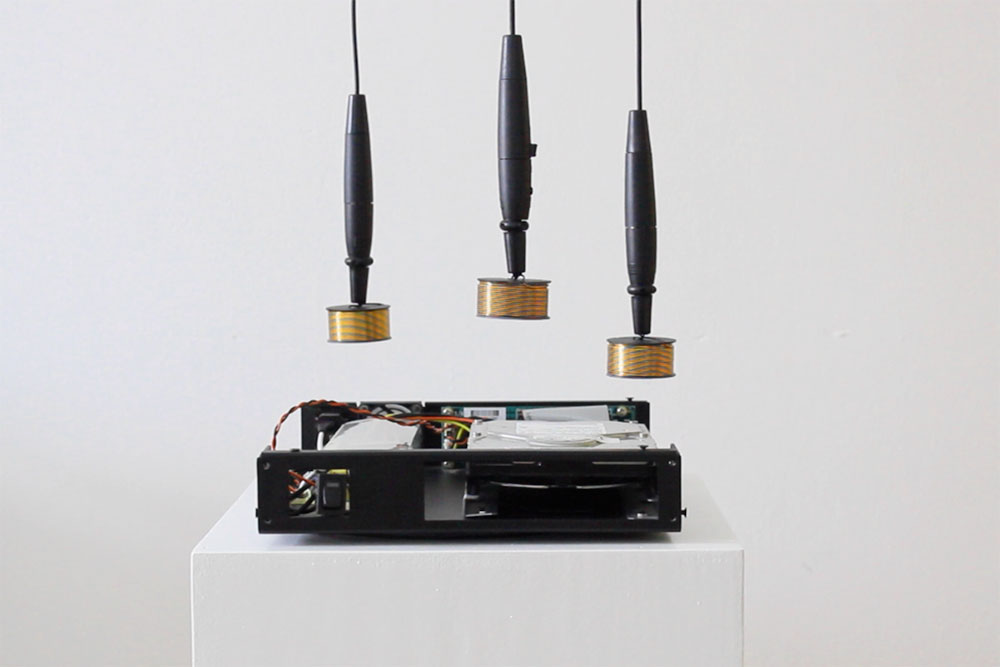 The installation Surveillance Music consists of four parts: Polygon, hard drive, pedestal, and induction coil microphones; it discusses the subject of total surveillance. One technology of surveillance of electronic devices is the inductive recording of electromagnetic fields. The extent of such intrusions was documented in the Snowden leaks and again in the “CIA Hacking Tools” released by Wikileaks in March 2017. These invisible techniques of accessing private data can be experienced in the installation Surveillance Music as sound. In the process of making the electromagnetic field of the hard drive audible, the data on it is part of the sonic fingerprint and of the composition. The programmed movements of the induction coil microphones form the music. The installation is looped.